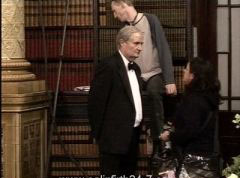 This full-length feature film version of Blake’s memoir stars Jim Broadbent as his father, Juliet Stevenson as his mother, Gina McKee as his wife, Sarah Lancashire as Aunty Beaty and Colin Firth as Blake himself. The director is Anand Tucker, the producer Elizabeth Karlsson, and David Nicholls did the screenplay. Released in the UK October 5 2007. View Trailers, Official UK Film Site. Sony Classics web site, with gallery

And when did you last see your father? Is now available to buy on DVD.