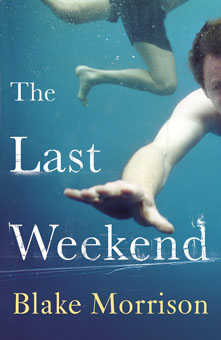 ‘Me, jealous? ”Yes you, Ian. Very jealous indeed.’
Set over a long weekend in East Anglia, this is the story of a rivalrous friendship – as told by Ian, the deceptively casual narrator. It opens with a surprise phone call from an old university friend, inviting Ian and his wife, Em, for a few days by the sea. Their hosts, Ollie and Daisy, are a glamorous couple. And the scene is set for sunlit relaxation and cheerful reminiscence. But dangerous tensions quickly emerge. In taut prose, the novel conveys the stifling atmosphere of a remote cottage in the hottest days of summer. Troubling revelations from Ian’s past slowly intrude. And his rivalry with Ollie intensifies as they resurrect a seemingly forgotten bet made twenty years before. Each day becomes a series of challenges for higher and higher stakes, setting in train actions that will have irreversible consequences. The Last Weekend is a deftly crafted page-turner, where little can be taken for granted and nothing is quite as it seems. It offers a dark, haunting tale of friendship, sexual passion and jealousy.

His truly sensational latest novel, which places him at the forefront of British novelists writing today. Sunday Express

‘creepy and disturbing…[Morrison] does a terrific job of keeping the reader consistently intrigued’
Alex Clark, Guardian

`a compelling psychological thriller that, in parts, will cause you to actually flinch’   Metro

`A well-paced book that is all about a steady unravelling of plot, character and motivation…so charged with terrible potential does everything become that you begin to fear the worst at every turn’   Esquire

‘This is one achievement among several for Blake Morrison, who has written a novel that is at once artful and naturalistic, restrained and yet suggestive, and faithful to a perspective from which the reader wants to recoil. Above all, it is a likeable rendction of an unlikeable man, and that is not an easy trick to pull off…’  Stephen Abell, TLS

`An age-old tale of obsession, jealousy and revenge given a sharply contemporary flavour…Morrison handles the elements of his novel with impeccable control’  Observer

“This is a suspenseful thriller, but more importantly it succeeds as an exceedingly clever investigation into the strangeness of lies”  Independent on Sunday